Mintos, the European peer-to-peer lending platform, is delaying the launch of notes to later this year. The company says it is due to ‘limitations in some EU countries’. The regulated notes were originally supposed to launch last month.

The notes were supposed to launch in Q4 2021. They are regulated financial instruments that offer automatic diversification across underlying loans and increased protection for investors. For example, if Mintos were to collapse, investors are protected by a national investor compensation scheme. This provides them with a 90 percent compensation up to 20 thousand euros, in compliance with EU rules.

If Mintos were to collapse, investors would be compensated.

‘Local tax systems not yet adjusted’

The investment platform was on track, it writes on its website, but encountered limitations in some EU countries. The company points to local tax and institutional systems ‘that are not yet fully adjusted for the needs of relatively new fintech products’. The European countries in question are not mentioned.

The launch is said to take place later this year.

‘While the setup for the launch of the Notes is fully ready on the Mintos platform, we’re exploring ways to establish a structure with local and EU institutions that will offer optimal satisfaction for investors on Mintos’, the lending marketplace says. The launch is said to take place later this year.

Users can invest as before

Meanwhile, Mintos says investors can invest in loans on the website as before. There will be a question and answer session with Mintos’ operational and financial officer Martins Valters on the company’s social media, which is yet to be announced. Lastly, the company mentions onboarding new lending companies in the near future. 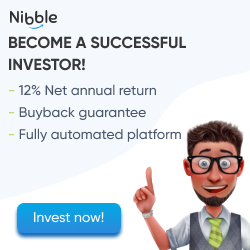