Latvian peer-to-peer lending platform Mintos has reached a new milestone of 500,000 registered users. During this year, an average of 4,372 new users registered each month. The platform expects to continue growing its customer base next year.

The peer-to-peer investing platform was founded in 2015. Since then, it has grown into becoming a market leader. Last year, it obtained banking licenses, with which it was able to expand its product offer.

In 2021, the platform reached a milestone of 7 billion euros in financed loans. This week it announces a new milestone of half a million registered users. It reached a significant growth this year, with an average of 4,372 new users signing up each month.

Of these new users in 2022, only 17.3 percent is a woman. That percentage was even lower last year, at 15.7 percent. “We are very excited to see that the trend towards more women investing continues”, Mintos said in a blog post.

After the platform received its banking licenses, it announced that it would launch the regulated financial instrument Notes. While the launch was planned for the end of 2021, it was delayed until later this year. Now, the platform announces that it will launch more regulated services in other countries and markets. Thus, Mintos expects to continue growing. 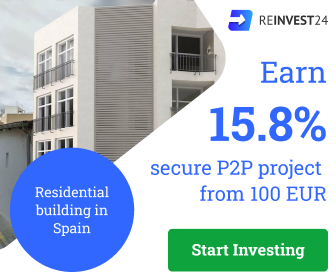