The long awaited update to ethereum is planned to commence this Thursday. The blockchain will join with a proof-of-stake blockchain, called the Beacon Chain. The merge will make ethereum more sustainable.

The well-known cryptocoin Ethereum is a digital currency which can be traded on the Ethereum blockchain. After its launch in 2014, it introduced smart contracts, which are self-executing contracts on which the terms and conditions between a buyer and seller are written in code.

This allows the build of more applications on the blockchain. Currently, the blockchain runs on a ‘proof-of-work’ (PoW) mechanism. To mine Ethereum, a decentralized network needs to discover the digital fingerprint (or hash) of the corresponding block by solving a mathematical puzzle.

‘Ethereum’s carbon footprint is the same as Finland’s energy use in a year.’

Because of how large Ethereum has gotten, PoW is requiring a lot of energy. According to research, the energy consumption involved in crypto mining equates to the same annual energy consumption of countries like Spain, Austria and the Netherlands. The carbon footprint of Ethereum alone is comparable to the entire energy use of Finland in a year. 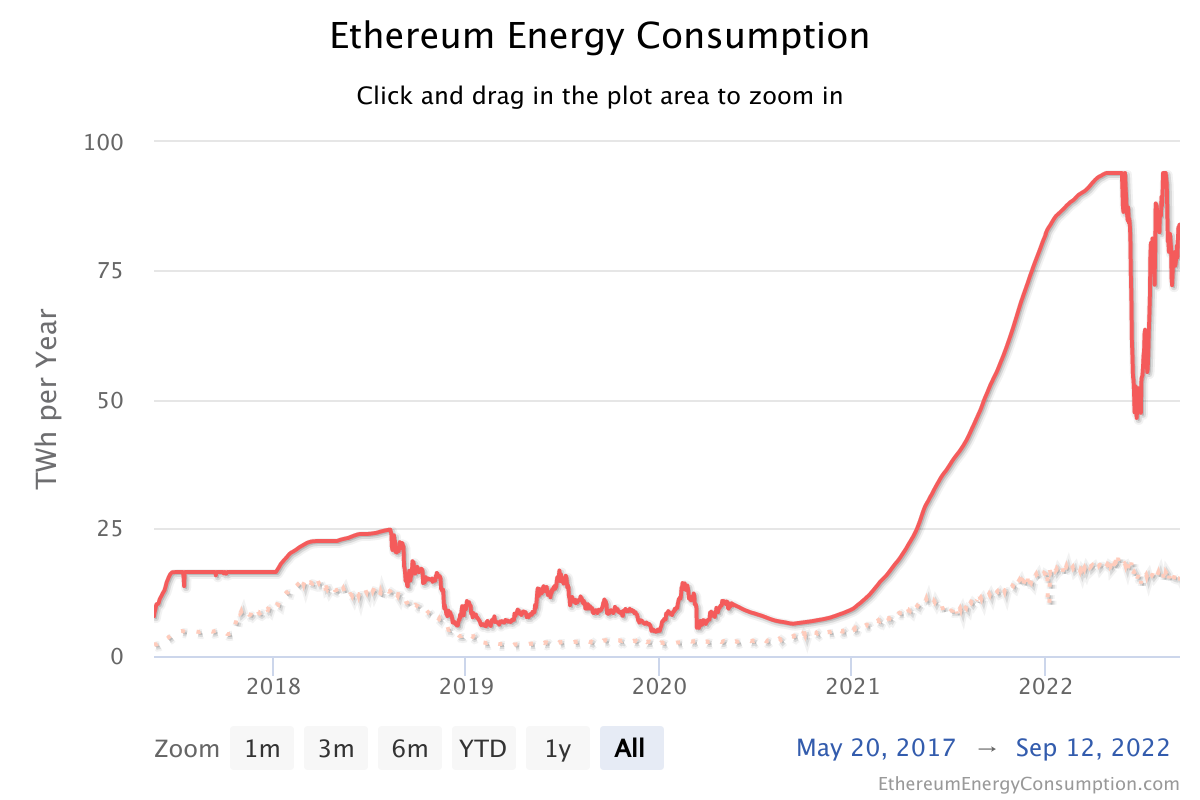 There have been criticisms about cryptocurrencies’ carbon footprint. In order to deal with this, a set of updates that would make Ethereum more accessible and sustainable was announced. It has been called Eth 2.0 of Eth2 in the past. The so-called Merge is what will transform Ethereum into Eth 2.0.

The blockchain will join a proof-of-stake (PoS) consensus mechanism. In this system, the onus of verifying transactions moves from computer processing power to individuals. Users who want to lock up an amount of crypto and thus add blocks to the blockchain, will need to deposit 32 ETH at minimum.

By depositing their coins, users pledge their funds to a smart contract. Each time a transaction occurs, someone who has staked Ethereum is chosen at random to verify it. Those who have staked more also earn more rewards.

While this system is more environmentally-friendly, it has also received criticism. Its rewards system will create more inequality among validators. Some miners have argued that the blockchain should be split in two, one PoS and one PoW. It remains to be seen what the merge will bring to the blockchain and how crypto trading platforms will respond to it.